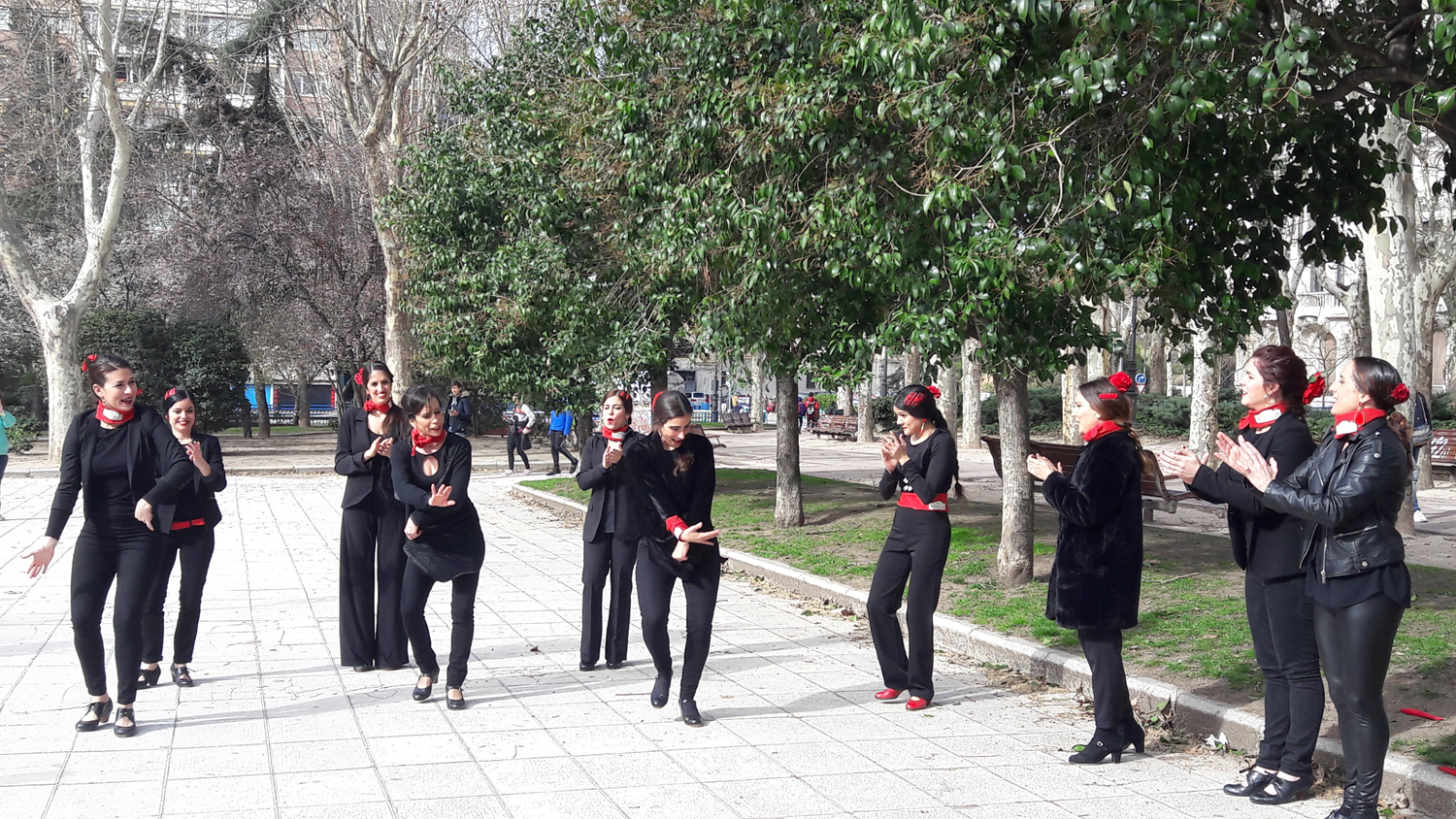 The roots of flamenco, though somewhat mysterious, seem to lie in the Roma migration from Rajasthan (in northwest India) to Spain between the 9th and 14th centuries. These migrants brought with them musical instruments, such as tambourines, bells, and wooden castanets, and an extensive repertoire of songs and dances.

Flamenco’s origins are a subject of much debate because it has only been documented for the past two hundred years, and the word Flamenco, which applies to the song, the dance and the guitar, did not come into use until the 18th century. Although many of the details of the development of flamenco are lost in history, it is certain that it originated in Andalusia and that from the VIII to the XV centuries, when Spain was under Arab domination, their music and musical instruments were modified and adapted by Christians and Jews, and later by gipsies becoming a hybrid music separate from the musical forms which created it.

During its Golden Age (1869-1910) Flamenco was developed in the epoch’s numerous music cafés to its definitive form. Also the more serious forms expressing deep feelings (cante jondo) date from then. Flamenco dance arrived to its climax, being the major attraction for the public of those cafés cantantes. Guitar players featuring the dancers increasingly gained a reputation.

Without passing judgement on which theory is stronger -there are others but with less acceptance- what can be assured is that, flamenco song was born of the people, it has obvious folk music roots and on passing through the throats of specific creators has become an indisputable art.

And a flash mob (or flashmob) is a group of people who assemble suddenly in a public place, perform for a brief time, then quickly disperse with the purposes of entertainment. What we propose you during your stay in Spain is to enjoy a flamenco flashmob during your walking tour on the city. Flamenco dancers will not be dressed like in a show with the goal of giving you a surprise. They will appear suddenly and perform just for your group. Ask us for a video!